Nana Joseph Kwame Kyeretwie Boakye Danquah aka JB Danquah was a Ghanaian statesman, pan-Africanist, scholar, lawyer, historian and one of the founding fathers of Ghana. He played a significant role in pre- and post-colonial Ghana, which was formerly the Gold Coast, and in fact is credited with giving Ghana its name. During his political career, Danquah was one of the primary opposition leaders to Ghanaian president and independence leader Kwame Nkrumah. J. B. Danquah was described as the "doyen.... Read More

A Ghanaian Hero we are proud of you.

J.B. Danquah after being instrumental in bringing Nkrumah to be general secretary of the UGCC became Nkrumah's arch enemy and was detained by Nkrumah. He died in prison. The full story of his arrest and detention may never be told.

It was after the 1961 railway strike that Dr Danquah was first detained, with him were other opposition leaders. He was released in June, 1962, but in 1964 after the attempt on Dr Nkrumah's life in the grounds of the Flagstaff House, Dr Danquah was again detained again.He died in 1965 at the Nsawam prison condemned block. In what way was he supposed to endanger the State,we will never know. He was charged with no offence,and not tried. But he was clearly regarded as Dr Nkrumah's most dangerous surviving living opponent because in the 1960 Presidential election he obtained 1/10 of the votes he polled 9000 against Dr Nkrumah's 16,800 that was a substantial opposition vote in Ghana.Dr Kwame Kyeretwie Boakye Danquah was born in December,1895 in Kwahu. 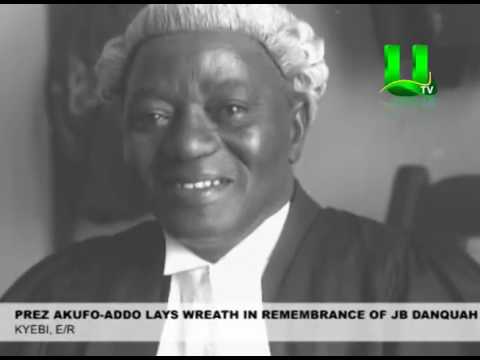 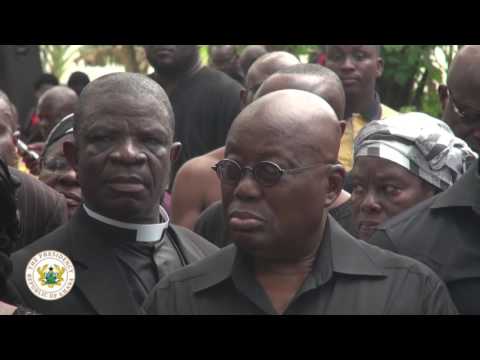