Bayard Rustin was born on March 17, 1912 in West Chester, Pennsylvania. His father was a West Indian immigrant named Archie Hopkins and his mother was Nancy Rustin. Until he was in his teens he believed that Nancy was his sister as he was raised by Nancy’s parents. His grandfather Janifer Rustin was a member of the local African Methodist Episcopal church but his grandmother Julia had been raised a Quaker and much of the Quaker philosophy guided him throughout his years. The Rustins were socia.... Read More 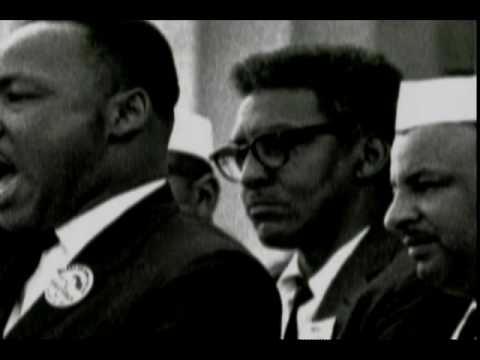 the Life of Bayard Rustin